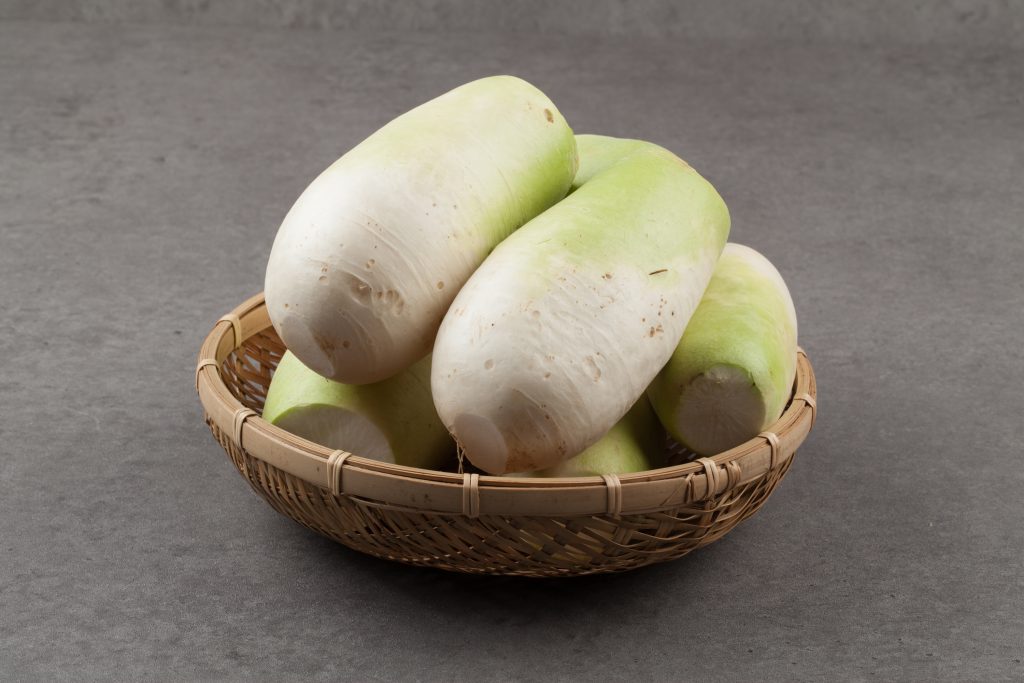 There are several types of roots, such as round, cylindrical, and elongated, and the color of the root is also varied, such as white, black, and red. The place of origin is known as the Mediterranean coast, and it is said that it was brought to China through the Silk Road. There are records of this radish around 400 BC in China.

Radish began to be cultivated during the Three Kingdoms period in Korea along with the introduction of Buddhism and was treated as an important vegetable during the Goryeo period. Among the vegetables grown in Korea, the cultivated area is the largest, reaching 50,000 hectares, and the annual output is 2.2 million tons. 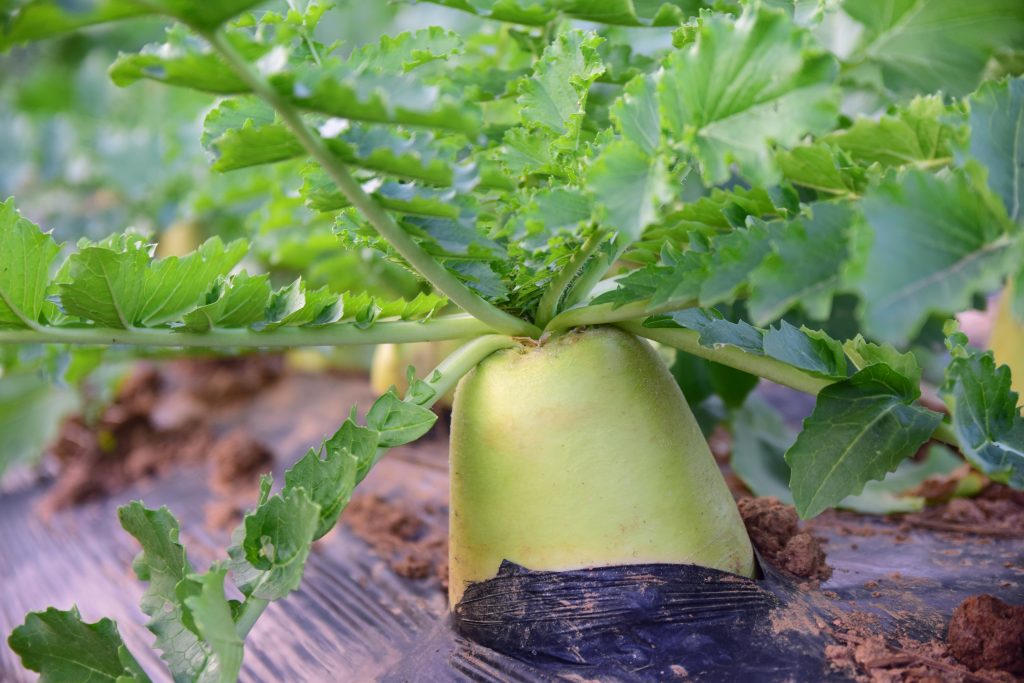 🛒 You can purchase Korean cucumber seeds from my Etsy shop.

ㅇ Radish generally likes a cool climate but is weak against cold and heat.
ㅇ The growing temperature is about 62-68F, and it tolerates relatively low temperatures, but mature radish suffers damage from the freeze at 32F.
ㅇ If there is a lot of sunlight, the above-ground leaves will grow well and the roots will be faithfully thickened through sufficient photosynthesis.
ㅇ When there is little sunlight, the supply of nutrients is reduced, which prevents the roots from developing and thickening and the yield decreases.
ㅇ It is a crop that is susceptible to dryness and overwatering.
ㅇ The most suitable condition is that the soil moisture is 60-80% of the water volume.
ㅇ If the drought continues, not only does the growth of the radish deteriorate but also the bitterness and pungency of the radish increase.
ㅇ Radish requires a deep, well-drained loam soil with good water holding capacity.
ㅇ On hard soils, the flesh becomes hard and the gloss is poor.
ㅇ pH 5.5-6.8 (neutral-weakly acidic soil) is suitable for acidity.

ㅇ All plants have the necessary gaps for growth. Although it is invisible to our eyes, there is a space where the roots need to absorb water and nutrients, and on the ground, there is a space for carbon assimilation by growing leaves. If this gap is narrowed, the plants will interfere with each other, preventing proper growth. Therefore, if you want to do large and thick radish harvesting, it is better to keep the necessary spacing between the plants from the beginning rather than doing additional thinning.

ㅇ When sowing, it is recommended to plant 2-3 seeds in one spot, imagining that germination does not occur or damage to pests is simulated. When the seeds germinate normally and 2-3 main leaves appear, thin them out, leaving about two seedlings, and then apply the first manure by mixing the organic compost with the compound fertilizer (or mixing the compound fertilizer with the urea fertilizer) so as not to touch the young seedlings. It is better to weed lightly with a hoe as it also removes weeds. This is the first way to fertilize.

ㅇ Second, when 6-7 leaves appear, the last one seedling is selected and the others are thinned. At this time, again, after thinning, second fertilizer is given. Since this is the time when the roots get thicker, increase the amount of fertilizer. After that, Kimchi radish does not require any special management.

3. Transplanting Seedlings:
ㅇ Radish is a plant that takes root straight into the ground, so if you grow and transplant a seedling in a pot, the root may split, so it is better to choose direct sowing into the ground.

ㅇ Radish is a plant that requires a lot of manure. Since growth should be vigorous in the early stages of growth, compost and organic fertilizers should be added as a foundation when forming ridges. Then, the complex fertilizer necessary for growth and a little borax is sprinkled and the ground is deeply plowed.

ㅇ Radishes that lack nitrogen in the early stages of growth cause growth disorders and turn into useless radishes with a strong and spicy taste. Therefore, it is recommended to increase the amount of manure even more on barren land. Radish, like napa cabbage, grows for about a month after sowing seeds to determine the overall crop.

ㅇ Fertilizing too close to the radish root can cause damage to the root rot or the stems to wither. If you can’t fertilize by drilling a hole a little away from the plant, it’s okay to just spray the fertilizer on the bottom of the radish ridge on the day before it rains. Even if you give it a little far from the plant, it does not interfere with absorbing fertilizer because the roots of the thread extend far away.

❍ Radish fields should not be watered for about 20 days before the last harvest, and care should be taken not to overwater. If there is a lot of moisture left in the radish field until late, the surface of the radish will crack and the storage capacity will be poor.

❍ Before the radish harvest season, when the radish leaves reach their peak, pluck the lower leaves of the radish for better root growth.

❍ Radishes are vulnerable to cold because their roots protrude outward. When the body of the radish freezes, the wind picks up the radish, making it impossible to store and tasteless. Therefore, it is necessary to pluck and store the radish before the body the radish freezes in sub-zero weather.

❍ If there is a large amount, you can dig it up and bury it and eat it one after another, and if you put a small amount in a plastic bag and place it in a cool veranda, you can eat it without spoiling during the winter.

❍ Korean radish is an excellent source of various nutrients, including calcium, magnesium, potassium, and copper. Still, it’s highest in vitamin C and folate. Vitamin C is a water-soluble nutrient that’s essential to health and needed for many bodily functions, including immune system function and tissue growth and repair (6Trusted Source). Plus, it doubles as a powerful antioxidant, protecting your body’s cells from oxidative damage (6Trusted Source). Daikon is also rich in folate, a B vitamin that’s involved in cellular growth, red blood cell production, and DNA synthesis (7Trusted Source).
Foods rich in folate are particularly important during pregnancy, as this nutrient plays an integral role in the growth and development of the baby (8Trusted Source). 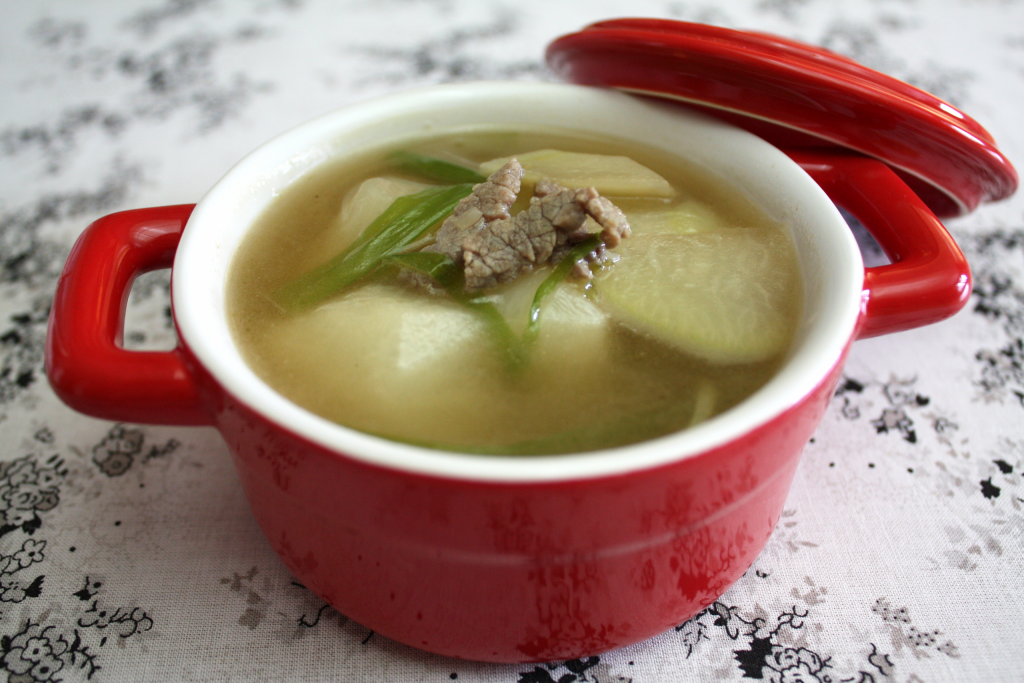 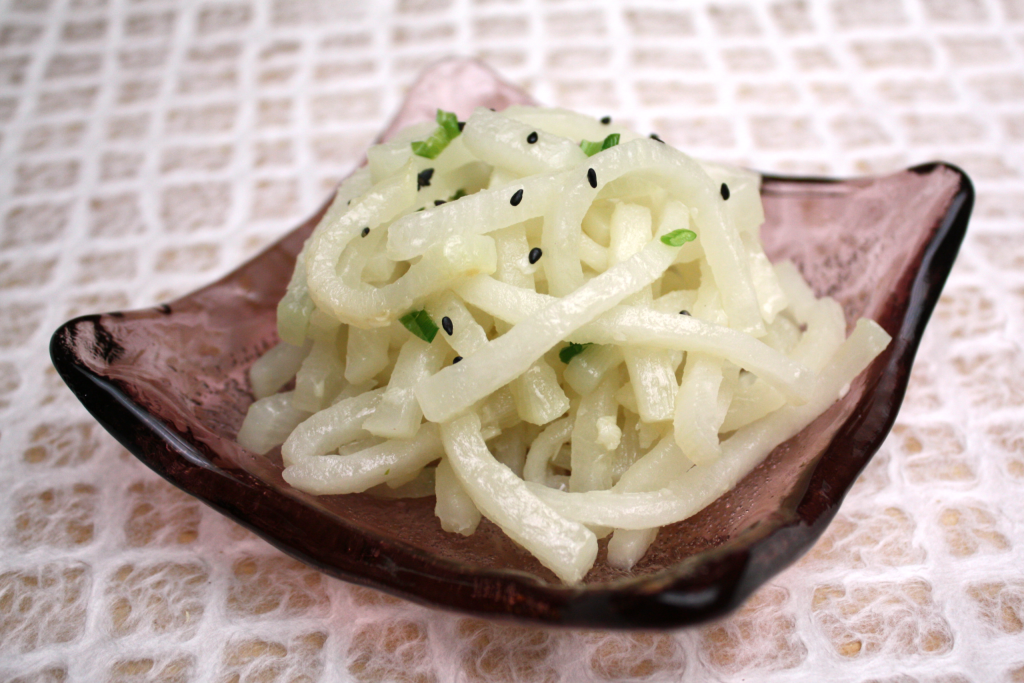 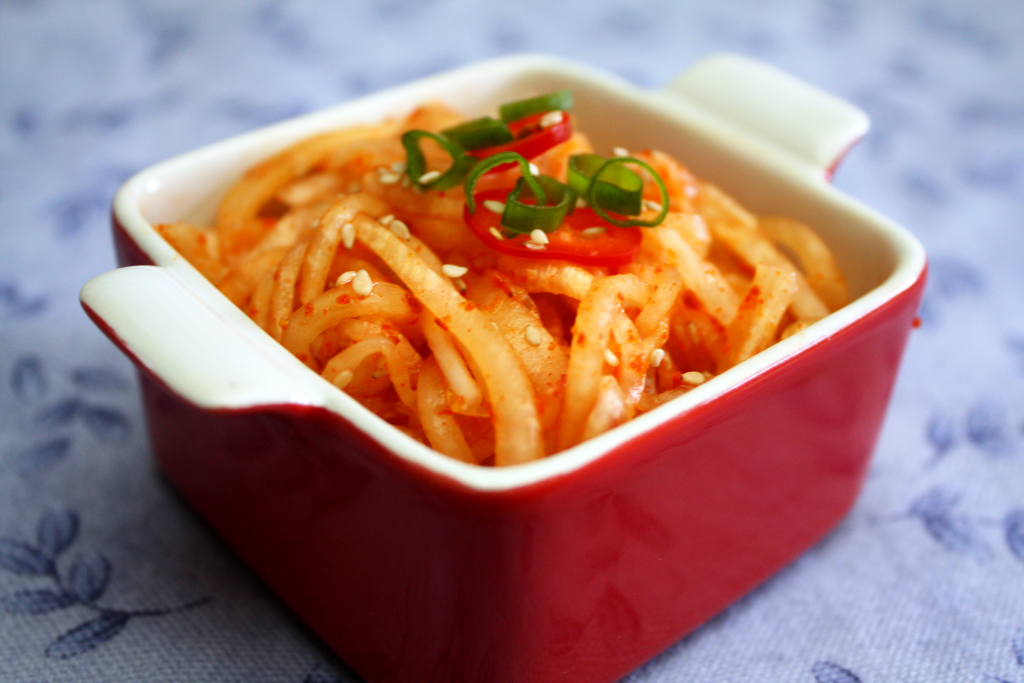 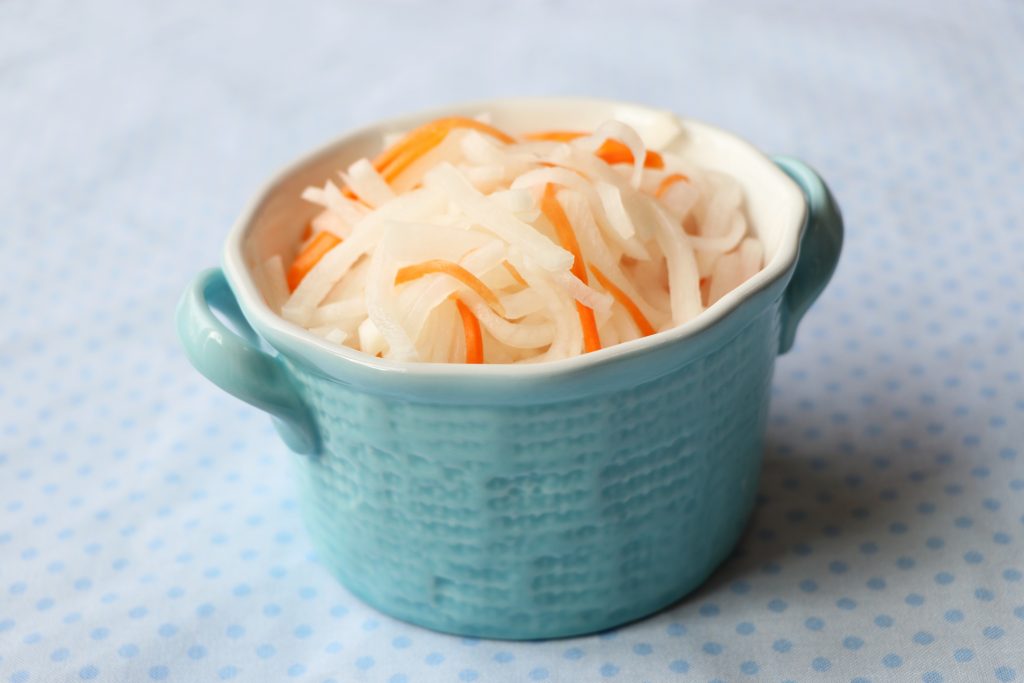